The Nigerian music and business mogul, popularly known as Don Jazzy has gone to his official Twitter page to write this about the Nigerian police.

Regarding the recent shoot out and killing of innocent protesters in the country, Mavins CEO Don Jazzy took to his Twitter to address the Nigerian police on how to tackle matters.

While according to Don Jazzy, the NPF should learn from the Hong Kong police. 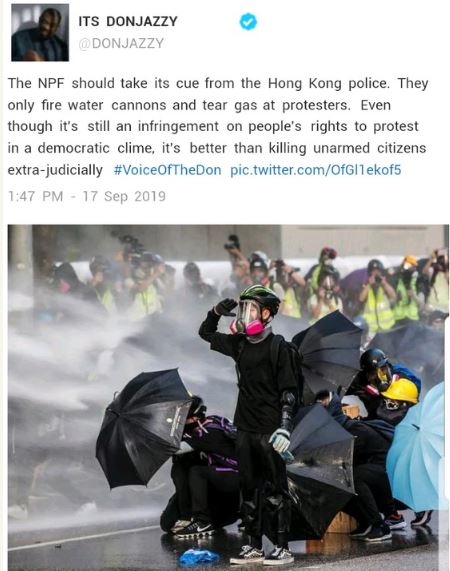 The NPF should take its cue from the Hong Kong police. They only fire water cannons and tear gas at protesters. Even though it’s still an infringement on people’s rights to protest in a democratic clime, it’s better than killing unarmed citizens extra-judicially #VoiceOfTheDon