Chioma Avril Rowland, the girlfriend of Nigerian singer, Davido has reacted to rumors making the rounds that she has put to bed.

Controversial Journalist, Kemi Olunloyo on Tuesday announced that Chioma delivered a new baby boy, adding that she will be paying the alleged new mom a visit by the weekend.

Kemi tweeted; » Congrats Chioma on the birth of your baby boy. I will come visit you this weekend #Kemitalks #Kemiolunloyo

But rather, Chioma reacted negatively to the news on he Instagram Story. 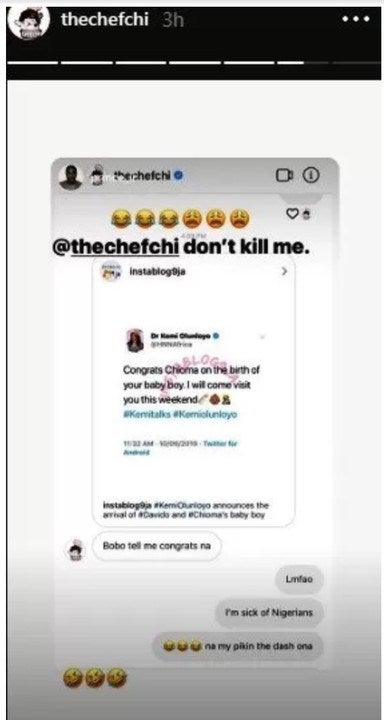